Seattle entrepreneur David Niu founded TINYpulse in 2013 with the mission of making employees happier. One key to that success is location. Seattle has provided TINYpulse with access to a world-class tech industry. Read more

As the state’s premier research institution, the University of Washington has a profound impact at both the local and global levels. CoMotion helps Grow Inclusive Innovation District Near UW Read more

We love seeing clear outcomes from our International Leadership Missions, and this year was no different. Congratulations to WSU and DJI for their partnership to work on agricultural drone research. Read more

Seattle based startup Resin.io just announced that they have received 9M in investment from Ericsson, GE Ventures, DFJ, and Aspect Ventures. Read more 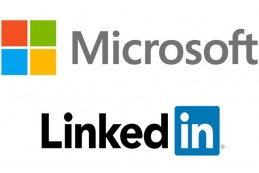 Microsoft’s announcement last Monday of their deal to acquire LinkedIn will mark their largest acquisition to date, and has many people asking if the arrangement was a good strategic choice for the company. Here are a few points that highlight some of the reasons the deal has the potential for success. Read more