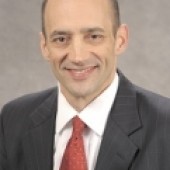 Brian Bonlender was appointed by Governor Jay Inslee as Director of the Department of Commerce in January 2013. A Yakima native, Bonlender served as Inslee’s chief-of-staff and legislative director, running the congressman’s office and acting as his primary advisor on economic issues.

Bonlender worked on legislation and policy in a range of industries including agriculture, life sciences, information technology, aerospace, maritime and clean energy. He brings nearly 20 years of public and private experience to his new post, including as a regulatory compliance consultant for industries across the state and as an advisor to a clean tech startup.
He has a Bachelor of Science degree from Washington State University. Brian lives in Seattle with his wife and two children.