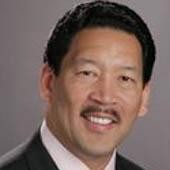 In 2007, Councilmember Harrell was elected to the Seattle City Council emerging from a competitive field of five candidates and won re-election in 2011, both with an overwhelming majority.

Bruce is a longtime member of the First AME Church.  His grandfather, William Harrell moved to Seattle from New Orleans, Louisiana, and built his own home in the Arboretum area near Madison valley. William was a member of First AME Church and served on the Usher Board during the ‘40s and ‘50s.  Bruce’s mother, Rose Harrell, taught Sunday school here in the 1960s, as did Bruce in the 80s and 90s.

As a legislator, Bruce created the unprecedented race and social justice legislation to strengthen the City’s commitment to fight institutional racism and social disparities. Bruce passed the Job Assistance bill that prohibits employers from asking first about an applicant’s criminal background, during the initial job interview process. This is known as “Banning the Box.” Recently he sponsored and passed the City’s first Indigenous Peoples’ Day Resolution on the second Monday in October, traditionally known as Christopher Columbus Day because of the recognition of what that day has meant for Native Americans. He is currently working on legislation to stop the retail licenses of pot shops near churches like what has happened on 23rd and Union.  Thus far, he has been the only elected official to take the stance that prohibits such shops near churches.

Bruce made local history by being Garfield High School’s first student to achieve 9 varsity letters and graduate valedictorian of their class.  Bruce attended law school at the University of Washington; he played football for the University of Washington’s 1978 Rose Bowl Championship team and 1979 Sun Bowl Championship Team.  He received 1st Team Academic All American honors and 1st Team All Pac-10 and All Coast honors.   He is a member of the Alpha Phi Alpha fraternity, the Breakfast Group, as well as numerous Boards and Commissions.