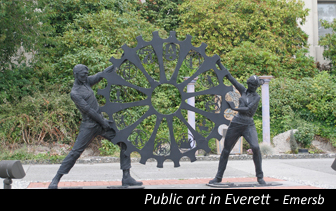 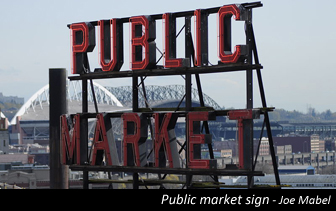 Save the Date! The Honorable Kirk Wagar, U.S. Ambassador to Singapore

Hon. Eric L. Hirschhorn Under Secretary of Commerce for Industry and Security

The Trade Development Alliance and Seattle U.S. Export Assistance Center invite you to a luncheon update on President Obama’s Export Control Reform (ECR) initiative with Under Secretary of Commerce for Industry and Security Eric L. Hirschhorn.

The ECR initiative is an Administration priority aimed at enhancing our national and economic security. Under Secretary Hirschhorn oversees the Bureau of Industry and Security, which regulates the export and reexport of commercial commodities and technology, as well as less sensitive military items. Under Secretary Hirschhorn will discuss the recent regulatory changes under ECR, which have transferred tens of thousands of less sensitive defense items from the State Department’s U.S. Munitions List to the Commerce Department’s more flexible Commerce Control List.

America’s high-tech and defense industries generate around $350 billion in exports, nearly one-third of U.S. merchandise exports. The military cluster is also a source of significant economic activity in the Greater Seattle region, responsible for generating over 132,000 jobs. This discussion will address how the ECR initiative under way is affecting these U.S. industries and making it easier for small and medium-sized defense companies to engage in defense trade.

Under Secretary Hirschhorn will also address recent export control policy changes for several countries, including the regulatory changes that implement the President’s policy to provide U.S. support for the Cuban people, and changes that further implement the bilateral understanding between the United States and India by removing the license requirements for certain items controlled for crime control and regional stability reasons. Under Secretary Hirschhorn will also briefly discuss the recent export sanctions against Russia and the Crimea region of Ukraine.

About Our Speaker President Barack Obama appointed Eric Hirschhorn to be the Under Secretary for Industry and Security, heading the Bureau of Industry and Security, on March 29, 2010. Mr. Hirschhorn most recently was a partner in the Washington, D.C. office of Winston & Strawn LLP. His past government service includes the position of Deputy Assistant Secretary at Commerce for Export Administration from 1980-1981. Mr. Hirschhorn received his B.A. degree from the University of Chicago and a J.D. degree from Columbia University, where he was a Harlan Fiske Stone Scholar.

Program and Roundtable with Vietnam: Your IT and Manufacturing Hub in Asia