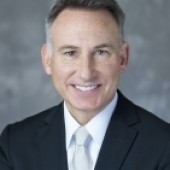 Dow Constantine was re-elected in 2013 by the largest margin of victory ever recorded for the office of King County Executive.

His second term is focused on meeting two of the greatest generational challenges of our time: building equity and opportunity, and confronting climate change. Guiding every initiative is the goal of becoming the most forward-looking and best-run government in the nation.

Dow accepted the prestigious Innovations in American Government award from Harvard's Kennedy School of Government, along with the Leaders in Healthcare award from Seattle Business Magazine for the County's success in containing the cost of employee health care and saving $46 million.

Since his first election as Executive in 2009, Dow has been working to instill a culture of performance that changes the way King County does business and forging partnerships with residents, cities, employees, and other County leaders to craft real, sustainable reforms.

His reform agenda has put King County back on sound financial footing, and positioned the region for opportunities created by a new global economy. Dow has embraced the role of the metropolitan region as the center for action and ideas.

A Seattle native, Dow graduated from West Seattle High School and the University of Washington, where he also earned two post-graduate degrees in law (1989) and urban planning (1992). Today, Dow lives in the same West Seattle neighborhood where he grew up.

Dow became interested in politics at an early age, and in college served as a legislative intern to 34th District State Sen. Phil Talmadge. After graduation, he practiced law and worked on a number of community projects. While helping with efforts to preserve open space, he first worked with County Council member Greg Nickels, who later hired Dow as a legislative aide.

A two-term state representative (elected 1996 and 1998) before being elected to the 34th District's senate seat in 2000, Dow was co-chair of the House Judiciary Committee and vice-chair of the Senate Ways & Means Committee.

He was appointed to the King County Council in January 2002, and won election to the office four times—in November of 2002, 2003, 2005, and 2007. Dow served as County Council Chair in 2009 and led the panel that wrote the 2007 King County budget. As a four-year member of the Council's budget leadership team, he worked to slow the growth of King County's jail expenditures through such innovations as drug court, mental health court, and driver re-licensing programs. He has been a consistent supporter of transportation alternatives as a Sound Transit board member and former chair of the Council's Transportation and Regional Transit Committees.

Throughout his public service career, Dow has been an outspoken advocate for environmental protection, public transit, and government reform. As King County Executive, he is working to make King County the best-run government in the nation, and focusing on the great generational challenges of our time: building equity and opportunity, and confronting climate change.