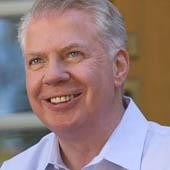 Edward B. Murray became Mayor of Seattle on January 1, 2014 and promptly set the tone for his administration by signing an executive order raising the minimum wage of City government employees to $15 an hour along with a vow to deliver the same raise to all minimum wage workers in Seattle. He followed through on that promise within the first six months on the job by convening a committee comprised of business, labor, and non-profit stakeholders to work out the terms of a deal that would benefit all involved and set the highest minimum wage in the nation. For this work, he was named one of Politico Magazine's "50 thinkers, doers and dreamers who really matter in this age of gridlock and dysfunction."

That first move as Mayor aligns with Murray's 18-year history as a Washington State legislator representing the 43rd Legislative District. Driven by his commitment to social justice and social equity throughout his career, Murray was well known in the Legislature for reaching across party lines to bring meaningful protections and resources to vulnerable populations.

Murray was the prime sponsor of Washington state's historic marriage equality law, as well as the prime sponsor of the 2002 Safe Schools bill protecting sexual minority youth in schools and a landmark bill banning discrimination on the basis of sexual orientation signed into law in 2006. During his time in the House, he drove legislation that doubled funding for low-income housing.

That same dedication to social justice shaped Murray's mayoral agenda of making Seattle a safe, affordable, vibrant and interconnected city for all.

Since taking office, he has proposed a ballot measure to pilot a high-quality preschool program, established sustainable long-term funding for Seattle's parks system, and provided a way to stave off imminent cuts to King Country Metro bus service. Murray's honors include the 2002 Human Rights Campaign Leadership Equality Award; the 2005 Anti-Defamation League's Cal Anderson Award; the 2006 Distinguished Public Service Award from the Washington State Psychological Association; the 2009 Legislator of the Year Award from the Washington Council of Police & Sheriffs; and the 2012 Warren G. Magnuson Award.