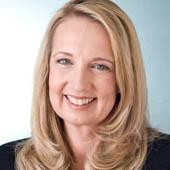 Jennifer is a head of Chase Middle Market Banking for the Bellevue and North Puget Sound Region of Washington and Vancouver BC.  She and her team provide banking services to companies with annual revenues between $20 million and $500 million including credit, treasury management, international banking, and investment banking.

JPMorgan Chase is a leading global financial services firm with operations in more than 60 countries.  The firm serves Washington consumers and businesses through more than 200 Chase branches and 400 ATMs.  With more than 2,700 employees working and living in Washington, JPMorgan Chase is committed to investing in the communities where it operates.  The firm is the state’s third largest corporate charitable giver, contributing nearly $6.6 million to non-profit organizations and programs last year.

Jennifer has a BA in International Political Economy from the Jackson School of International Studies at the University of Washington, a MBA from the University of Washington Foster School of Business and Graduate Certificate in International Business Management, also from the Foster School.  Jennifer studied in China, Indonesia, and India (attending the Indian Institute of Management in Bangalore as part of her MBA Certificate Program).  Prior to joining Chase, Jennifer managed a correspondent banking team for Wells Fargo out of London covering Western Europe, Greece, Cyprus, and Africa.

Jennifer is a native of Seattle and grew up in North Seattle and Bellevue.  She is married and has four grown children and two grandchildren.  She currently holds a position on the University of Washington Global Business Advisory Board.  She is a former president of the Seattle World Trade Club and sat on the board of the Mary Woolnoth Society – a charitable organization that supports at risk youth in London.