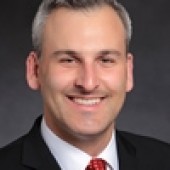 Josh Brown is the Executive Director of the Puget Sound Regional Council. PSRC works to support a thriving central Puget Sound region through planning for growth, transportation, and economic development.PSRC also provides more than $220 million annually to fund transportation projects, and serves as a resource for regional data on transportation, the economy, population, and housing.

Since coming on board as executive director, Josh has made it a priority to meet with leaders from around the region to listen and learn about what the region can do to help communities plan for growth and get ready for the future. The region’s diverse communities are managing growth differently than in the past and seizing the opportunity to improve quality of life and economic prospects for their residents. From all corners of the region, there is a sense of urgency about the need for more transportation funding and swift action on passing a comprehensive statewide planning package.

Josh attended the University of California, Berkeley, where he earned a degree focused on city and regional planning. Raised in the Puget Sound region, Josh is the son of a Puget Sound Naval Shipyard worker and graduated from North Kitsap High School in Poulsbo.