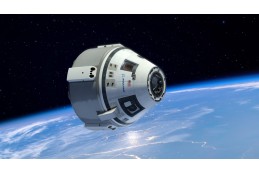 Recent Boeing and SpaceX contracts with NASA are ensuring reliable rotation services for US Crews to and from the international space station. Read more

Probi, a Swedish probiotic company, will be acquiring Nutraceutix for $105 million. No major employment changes expected due to the acquisition. Read more