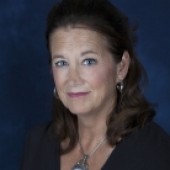 Lanie J. McMullin, MFA has worked building viable and vital communities in both the private and public sector for over 30 years. Currently Executive Director with the City of Everett, Washington, Ms. McMullin is responsible for coordinating and overseeing all departments’ efforts to revitalize, redevelop and advance the economic viability of the City.

As a private sector consultant specializing in revitalization projects centering on cultural facilities, Ms. McMullin has worked in over 136 cities. She has worked on the development of over 53 performing arts centers, eight arenas, 20 conference and convention facilities and three fairgrounds. In each case using the facility and its operations as a catalyst to broaden development or tourism initiatives.

Since becoming the Executive Director for Economic Development in Everett, Ms. McMullin has broadened the scope of her Economic Development efforts while still using cultural facilities as a development tool. Under her watch and efforts to increase vitality in a city struggling to make a transition from a natural resource based economy to a knowledge based economy, Ms. McMullin has conceived and facilitated the construction and operation of an 18,000 square foot visual arts center with 40 live work artist residences on top; Conceived and facilitated the business model and partnership of a 60,000 square foot farmers market soon to open in the downtown Everett core, Created and gained approval for a Regional Center Designation to allow foreign investment to flow into the city of Everett to aid developers in hard to finance projects and Recruited developers for two downtown hotels.