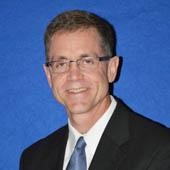 Les Reardanz serves as the Port of Everett’s CEO/Executive Director.  He assumed his new role on November 16, 2014.  Prior to accepting the CEO position, Reardanz served as the Port’s Deputy Executive Director, the second highest staff leadership position at the Port.  In this capacity, Reardanz led the Port’s environmental cleanups, public policy, communications, human resources, legal and contracting.

In addition to his civilian duties, Reardanz is a Captain in the Naval Reserve and is the Deputy Legal Counsel (Reserve) for Chairman, Joint Chiefs of Staff.  He is able to practice law in the states of Washington and California (inactive) and before the U.S. Supreme Court, as well as other federal and military courts.

Reardanz has more than 20 years of leadership experience.  Prior to coming to the Port of Everett, Reardanz served as the municipal legal advisor at the city of Bellingham. He was also the project manager for the city’s Waterfront District Development, which was a joint effort with the Port of Bellingham.

Reardanz received his B.A. in History from the University of California Davis in 1987 and his J.D. from Southwestern University School of Law in Los Angeles in 1990.  He is married and has two children.