Greater Seattle is the international brand name for a three county region that runs along the coast of the Pacific Ocean in Western Washington, from Tacoma in the south through Seattle and Bellevue to Everett in the north. 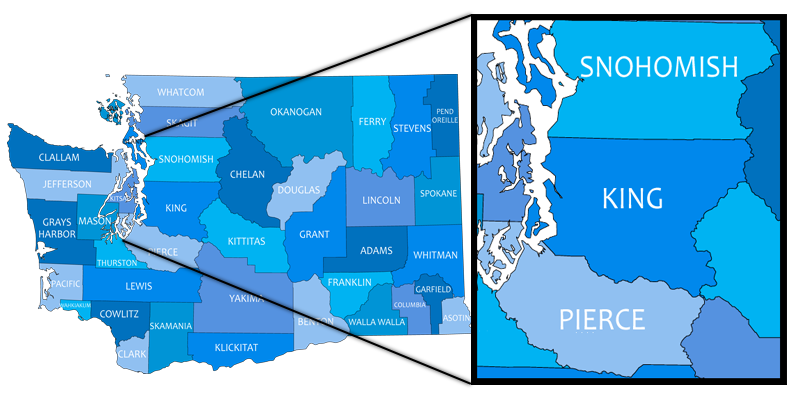 Snohomish County is the third-largest county in Washington state and one of the fastest growing. It is home to numerous high-tech companies, from software to biotechnology, as well as the Boeing factory in Everett. Population: 722,400 Industries: Aerospace, agriculture, advanced technology manufacturing, life sciences, healthcare, finance, trade, transportation and logistics, maritime, tourism. Home to the 747, 767, 777 and 787 Dreamliner production lines at the Boeing Everett facility and the largest public marina on the US West Coast. Major City: Everett Port: Port of Everett