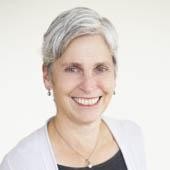 Maud Daudon joined the Chamber as interim president & CEO on March 19, 2012. She stepped into this role after six years as president & CEO of Seattle-Northwest Securities Corporation (SNW), a Seattle-based independent, employee-owned, regionally focused investment bank, broker-dealer and asset management firm specializing in debt securities and related businesses. Prior to that,  Daudon served as SNW’s managing director of Investment Banking and Municipal Sales and Trading.

Before joining SNW in 2002, Daudon served for four years as deputy mayor and chief of staff for the city of Seattle, focusing on overall city strategy, public safety, labor issues, budget, information technology, and personnel. Previous to that, Daudon was the chief financial officer for the Port of Seattle for six years and held other finance-related positions for another two years. As CFO, Daudon was integral in helping the port achieve its financial goals and in completing long-range strategic financial planning.

Daudon has been involved with the Chamber for 20 years and served a year-one term as chair of the Chamber from September 2010 to September 2011. In that role, she helped establish the Chamber’s three-year comprehensive plan. As interim president & CEO, she will work with staff and volunteers to ensure the organization's progress continues unabated until a permanent CEO is selected.

Daudon has a Master of Public and Private Management (M.P.P.M.) with emphasis on finance and economic development from Yale University and a B.A. from Hampshire College.