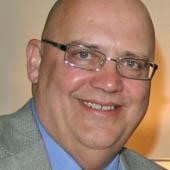 Larry Brown is the Legislative and Political Director for the Aerospace Machinists Union District Lodge 751.  He has worked in the aerospace industry for 39 years and the union for 17 years.  The Machinists Union DL 751 represents over 33 thousand hourly employees at the Boeing Company.  Larry has served on the Governor’s Unemployment Task Force and the Board of Trustees for Green River Community College.  He represents labor as a member of the King County Airport Roundtable Advisory Board (Boeing Field).  He has also serves on the labor caucus for Labor and Industries Workers Comp Advisory Committee.  He is currently on the State Board for Community and Technical Colleges.  He is an avid fan and season ticket holder for the Super Bowl champion Seattle Seahawks.  He is married to Donna and has two grown children Cara and Gregory who insist on attending as many of the Seahawks games as possible.  He and Donna have been blessed with 4 grandchildren.