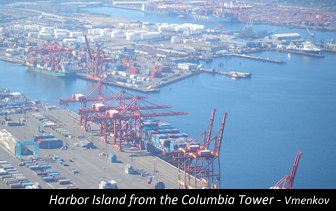 As Sam Kaplan overviewed in his President’s report last month, the Trade Alliance has recently approved 10 new target markets for the Trade Alliance to accomplish proactive efforts in over the next three years. One of these target markets is the Information and Communications Technology (ICT) industry in Israel. Because of this, we decided to delve deeper into the country’s economic profile overall and its ICT industry, and share our findings with you.

Israel is renowned for having a technologically advanced market economy. With a GDP of over $291.567 billion dollars, it has the 38th largest economy in the world despite being ranked 97th in population. Although the country is lacking in natural resources and raw materials, it has been able to develop a thriving economy by fostering a skilled workforce through a strong education system. In 2013 the OECD named Israel the second most educated country in the world. It also has the highest concentration of academically educated engineers and scientists in the world – 135 per 10,000 people compared to 81 per 10,000 in the US. It’s universities are globally acclaimed: the Technion- Israel Institute of Technology and the Weizmann Institute of Science are ranked among the top 20 computer science institutions in the world.

Israel’s skilled workforce is a major factor for why it has become a global leader in high technology. High-tech goods and services account for 12.5 percent of Israel’s gross domestic product (GDP) and half of its industrial exports. Israel has attracted global ICT firms to open offices and/or R&D centers. Intel, Apple, and Microsoft built their first overseas research & development centers in Israel (the technology for the Microsoft Kinect was developed by an Israeli company, PrimeSense). Other famous companies with R&D centers in Israel include IBM, Motrola, Cisco, and HP. Overall there are 282 R&D centers in Israel. Another fun fact is that Israel has 90 companies valued at $40 billion trading on Nasdaq, making it second only to China in the amount of foreign firms listed on this stock market. 80% of these firms develop or manufacture advanced technological products.

One of the main centers for economic development, and the number two “startup ecosystem” in the world, is Tel Aviv. This city has been nicknamed ‘Silicon Wadi’, which is Silicon Valley in Hebrew. With over 4,000 active technology start-ups, Israel is home to more startups per capita than any other region of the world.

Other Industries of Note

The Israeli army also plays a role in the growth of Israel’s high-tech economy. The Israel Defense Force’s Unit 8200, responsible for all aspects of cyber-warfare, is regarded by many as the country’s most successful technology incubator. In fact, Business Insider called it “The Best Tech School on Earth”. Alumni from Unit 8200 have gone on to found some of Israel’s most famous IT companies, including Check Point, ICQ, NICE, Gilat, and EZchip.

The aerospace & defense sector is another important industry for Israel. Elbit Systems, Israel Aerospace Industries, and RAFAEL are all companies from Israel that have been listed in the top 100 defense companies in the world. Overall, there are 150 defense firms in Israel with an estimated combined revenue of $3.5 billion.

Tourism is another major industry for Israel, contributing between 2-2.2% of the country’s overall GDP. In 2013, Israel had a record 3.56 million tourist arrivals, 18% which were from the US followed by Russia, France, Germany, and the United Kingdom. However tourists from China and India are on the rise, in 2014 tourist arrivals from China tripled from 9,800 to 33,000 and doubled from India from 15,900 to 35,000.

We here at TDA are excited to connect with Israel’s ICT industry further over the next three years to the benefit of our members and the Greater Seattle region.

This entry was posted on Monday, March 16th, 2015 at 1:44 pm and is filed under Uncategorized. You can follow any responses to this entry through the RSS 2.0 feed. Both comments and pings are currently closed.