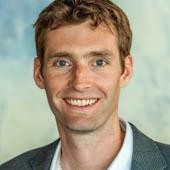 Ryan is a policy analyst on the government relations team of the Port of Seattle’s Department of Public Affairs.  He is a subject matter expert on federal transportation, maritime, and trade policy issues facing ports and advocates for the port’s priorities at the federal level.

From 2006 to 2009 Ryan worked in the port’s Department of Economic, Business and Trade Development, and he continues to work on the port’s international trade issues.  He speaks Mandarin Chinese.  Before joining the port, Ryan worked in the export promotion division of the Washington State Department of Commerce and served at The Eisenhower Institute in Washington, DC as manager of the Institute’s Future of Space project.