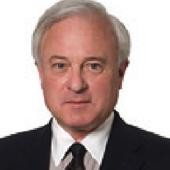 Mr. Savage received a B.A. in Economics from the University of Washington, an M.B.A. from University of Southern California and is a graduate of the London Business School – Graduate School of Credit and Financial Management. His present civic activities include serving on a number of not-for-profit and business related Boards including the Greater Seattle Chamber of Commerce, Trade Development Alliance of Greater Seattle, ArtsFund, Seattle Repertory Theatre Foundation and the Seattle Art Museum.