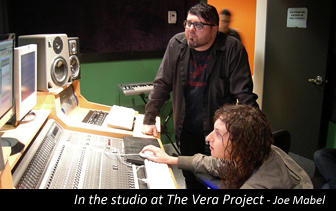 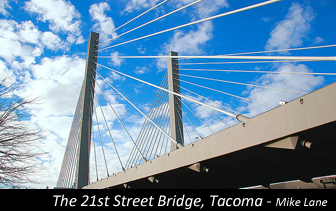 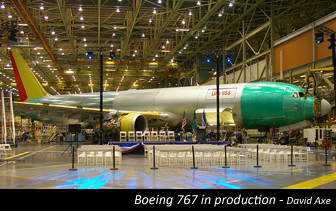 The demand for merchandise flowing through Washington state has never been higher. According to the International Trade Administration, merchandise exports from the state reached an all time high of $75.5 billion last year, a 17% increase from 2011.

This includes merchandise made in Washington state as well as “pass through” commodities from other parts of the US that were shipped through our ports.

The Trade Alliance and the Economic Development Council of Seattle and King County are taking a delegation to explore one of these markets – the UAE – next week. The group will be looking at opportunities in the UAE’s burgeoning aerospace and real estate spaces as well as conducting business development.

Bookworms in India have a new, expanded library to choose from.

Today, Amazon launched its India Kindle store on Amazon.com. The site is localized for users in India, with over one million books available for purchase in electronic format. The site also includes many works available free of purchase.

In addition, customers will be able to buy the Kindle at Croma retail stores across India.

These developments come on the tail of Amazon’s product comparison website launched for Indian consumers earlier this year, with Junglee.

Microsoft brings the cloud to India

Redmond’s own Microsoft  recently bested competitors Google and IBM on a cloud computing deal in India. The contract is set to deliver [email protected], Office Web Apps, email, instant messaging, and Office 365 to over 10,000 technical colleges throughout the country. This means that an estimated seven million students will have access to these services by the end of summer.

The contract is with the All India Council for Technical Education (AICTE) as well as the individual institutions. Chairman of AICTE, Dr. SS Mantha, sounded optimistic regarding the agreement, “Microsoft’s cloud platform will make for a truly progressive ecosystem and contribute to the country’s technical education by providing a better communication and collaboration platform for institutes and students.”

Based on the Trade Alliance’s 2010 Target Market Report, India ranked as Washington State’s 9th largest trading partner for two-way trade. According to TradeStatsExpress, India comes in at 24th internationally as a customer of Washington State’s exports.

Bellevue’s PACCAR, the third largest heavy-duty truck manufacturer in the world, is currently displaying its DAF CF truck at the Delhi AutoExpo in New Delhi, India. The automotive show is the largest of its kind in the country, which is home to one of the fastest growing truck markets in the world. The auto show presents an excellent opportunity for PACCAR to showcase one of its most successful products to potential customers, dealers, and suppliers in India.

The DAF CF truck on display in India is equipped with a PACCAR 180-horsepower engine and is designed for tractor and vocational configurations. It is manufactured by the Dutch division of PACCAR, the leading truck manufacturer in Europe which sells its trucks to over 1,000 dealer locations worldwide.

PACCAR also established a new technical center in Pune, India last October in partnership with KPIT Cummins, a global IT consulting firm. The center is hoping to employ up to 200 employees and will focus on providing information technology and component sourcing to its global engineering and IT organizations.

World in 20/20 Foresight: China and India

The Trade Alliance, in continued celebration of its 20th anniversary, hosted “World in 20/20 Foresight” programs in the cities of Tacoma and Everett. The program brought together two experts on China and India to predict what the next 20 years will be like for these countries and how it will affect Greater Seattle. Above from left to right is Joe Borich, President of the Washington State China Relations Council, and Jonathan Bensky, Director of South Asia-US Business Services at Pacific Northwest Advisors.

Boeing attributes this trends to economic growth  in developing countries especially in Asia, such as China and India. Boeing predicts that the main demand would be for single-aisle jets in the Asian Pacific region.

Based on this prediction, Boeing is now deciding whether they will increase the production of single-aisle airplanes, such as the Boeing 737 which is produced in Renton, or new small airplanes. Either way, this trend would have a significant impact on the Puget Sound region, which is home to hundreds of aerospace companies, suppliers and service firms.

Where in the world isn’t Starbucks?

With over 16,000 Starbucks locations in more than 50 countries it is hard to believe this coffee giant has any untapped markets, yet India continues to remain a nearly untouched target.

Chairman Howard Schultz recently signed an agreement with India’s flagship conglomerate, Tata Group, who produces coffee in India amongst other ventures. This partnership will eventually facilitate the construction of retail locations throughout the country. In a statement released by Howard Schultz, the founder of Starbucks said India has the potential to rival China.

The company has a five-year plan to increase Starbucks locations to 1,500. The first step in this plan is to source the coffee beans through Tata Group.

Although India is a large exporter of coffee it is predominately know for tea, but if Starbucks has anything to do with it, this may change.

The Trade Alliance hosted a program on Opportunities with Andhra Pradesh, India on May 11th. The program featured remarks from Hon. Nadendla Manohar, Mr. B. Sam Bob and Mr. Srini Koppolu and provided a great networking forum.

Tags: Andhra Pradesh, India Posted in Photo of the Week | Comments Off

In the Trade Alliance’s recently completed Target Market Report (about more of which soon), India pops up as an increasingly large market for Washington state.  India is Washington’s 9th largest trading partner, our 7th largest export market and 9th largest source for international students. So how do you market your product or service to India to take advantage of this growing market and trade partner? One way is to attend the program: Developing a Market Strategy for INDIA: Explore, Extend, Expand, or Exit!   Cosponsored by the Trade Alliance and organized by the City of Bellevue, TiE, U.S. Commercial Service and Washington State Department of Commerce this program will dig into the weeds of entering a market like India. Bellevue is quickly becoming a hub of activity with India in the Puget Sound region.  The program, taking place at Bellevue City Hall for the bargain rate of $30, will feature a live panel discussion from Mumbai via web link.  India is at your doorstep. Check it out on Wednesday, February 24th.

The Kuvin Center for the Study of Infections and Tropical Diseases at Hebrew University of Jerusalem will receive a $5 million grant to study the transmission of visceral leishmaniasis, most prevalent in Brazil, East Africa and India. The disease is fatal if left untreated, and infects half a million people annually. Hebrew University received a Gates Foundation grant in 2007 for malaria research.

The Fraunhofer USA Center for Molecular Biotechnology in Newark, Delaware, received a $9.85 million grant that will be used to fund clinical development of a transmission-blocking vaccine to fight malaria. According to The World Health Organization, 41 percent of the world’s population lives in areas where malaria is transmitted, and each year more than one million people die from the disease, most of them young children in sub-Saharan Africa.