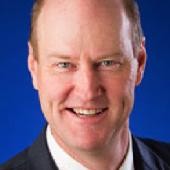 Tom Albro was elected to the Seattle Port Commission in 2010. Since that time, he has served as Commission president, chaired the Audit Committee, and co-chaired the Century Agenda committee, which is responsible for leading the Commission and staff through the process of finalizing the port’s 25-year strategic plan. He has also served as the president of the Washington Public Ports Association.

His areas of focus as a port commissioner include promoting regional job and business growth, maintaining the urban industrial base, reducing the port’s environmental footprint, and setting the Port of Seattle on a course to be a leader in state economic development.

Since moving to the Northwest to attend the University of Washington, where he earned his civil engineering degree, Tom has emerged as a community-minded entrepreneur. In addition to founding and growing several successful businesses in construction, transportation, and health care administration, he served as Chair of the Municipal League for three years, led the Regional Governance Project, and served on numerous civic committees.

Tom also coached CYO sports, served on school committees, and was a scout leader when his and his wife, Tina’s, three grown children were younger.