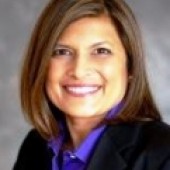 Dr. Vandana Slatter, has a doctorate in pharmacy from the University of Washington and a bachelor’s degree in pharmacy from the University of British Columbia. She also holds a Master of Public Administration degree from the Evans School of Public Affairs at UW. She was elected to the City Council in November 2015 for a four-year term starting in January 2016.

Vandana is a trustee of the Overlake Hospital Foundation, and has been a volunteer advisor to Bellevue College’s Science Department. As a community leader, she helped establish an urban farm at the Lake Hills Greenbelt and is on advisory boards for two local nonprofits, Global Social Business Partners and Farmer Frog.

Vandana, a senior regional medical liaison with Amgen, has worked for more than 25 years in the biotech industry. Prior to joining Amgen, she worked for Genentech, Roche, UCB and Pharmacia/Pfizer.

She has been a past board member for NARAL Pro-Choice Washington Foundation, Children’s Institute for Learning Differences (CHILD); and was appointed by Governor Gregoire to serve on the state Board of Pharmacy from 2007 to 2010.

Vandana, her husband Greg, a research scientist, and son Quinn have lived in Northeast Bellevue since 2003. Their son graduated from high school last June and serves with the Washington Army National Guard.